Stephanie Andersen teaches writing at Reading Area Community College in Pennsylvania. She is a climate activist, a yogi, a Zumba instructor and an evolving cyclist and birdwatcher. She lives in Blandon, Pennsylvania with her husband, two daughters, two dogs, and one bird.

Her work is Notable in the 2009 and 2015 Best American Essays and has three times been nominated for Pushcart Prizes. Her words have appeared in Wilma! Women's Magazine; Brain, Child Magazine; Choice: True Stories of Birth, Contraception, Infertility, Adoption, Single Parenthood, & Abortion; Stoneboat Literary; The Washington Post, The Chicago Tribune, The Dallas Morning News, The Philadelphia Inquirer, Australia's Sydney Morning Herald, Hippocampus Magazine, Twist in Time Literary Magazine, and Literary Mama. Her work is forthcoming in Under the Gum Tree. 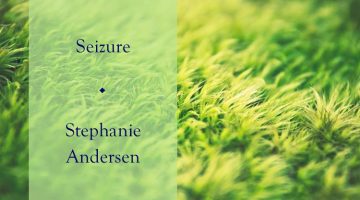 It is late in April, one of those cool and wet mornings when the sun’s light is hazy and blue. I wake early, escape out the front door of my suburban townhome with a cup of coffee, tell my husband … END_OF_DOCUMENT_TOKEN_TO_BE_REPLACED