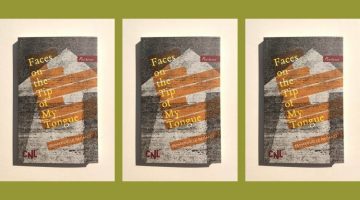 I met Sophie Lewis and Jennifer Higgins at the launch event of Faces on the Tip of My Tongue (Peirene Press) in the cosy bookstore [email protected] The conversation unfolded in a relaxed and engaging way, reading excerpts from the book in French and in English, and discussing the translation process. Within the first minutes I was deeply intrigued by the text which I … END_OF_DOCUMENT_TOKEN_TO_BE_REPLACED

Mahmood Karimi Hakak is a poet, author, and translator. In addition, he is a theater and film artist whose creative and scholarly works are focused on peacebuilding through the arts. He is the founder and CEO of Café Dialogue LLC, and Founder and President of Free Culture Invisible LLC. He has created over seventy stage and screen productions in the U.S., Europe, and his native … END_OF_DOCUMENT_TOKEN_TO_BE_REPLACED

Authors Rosalind Palermo Stevenson and Stephanie Dickinson converse about writing through the personas of Franz Kafka and Jean Seberg. Rosalind Palermo Stevenson: Stephanie, your poetic and deeply imagined book, Heat: An Interview with Jean Seberg, is an intimate and revealing rendering of the legendary actress written in the form of a fictional interview. In my book … END_OF_DOCUMENT_TOKEN_TO_BE_REPLACED

I first heard Sarah Trembath speak at a literary conference in Arlington, VA. I was new to the literary world, and this particular panel was focused on the different ways to publish long-form work. Successful authors discussed large publishing houses and advances, and the collaborative (or not-so-collaborative) processes of editing and choosing cover illustrations. In the … END_OF_DOCUMENT_TOKEN_TO_BE_REPLACED 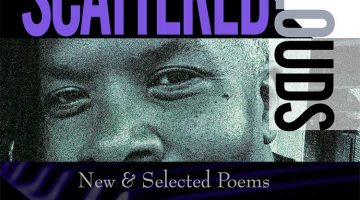 Each month I attend a poetry reading at Zed's Cafe in Silver Spring, MD. Reuben Jackson, poet, jazz scholar, educator, and archivist, was the featured speaker on October 4th and, before he had completed the introduction to his third poem, I knew that I was in the presence of a person and a poet worth taking very seriously. His brief poems revealed an infectious, gregarious … END_OF_DOCUMENT_TOKEN_TO_BE_REPLACED

Meaghan Quinn is a poet of the body and the spirit, combining both subjects in poems which celebrate the deeper struggles of being human. I met Quinn at the Bennington College Writing Seminars while we were both working to get our MFAs. To now, years later, hold her book—this stunning baby blue volume loaded with lifegiving verse—is a gift. Rarely do we have a poet who presents … END_OF_DOCUMENT_TOKEN_TO_BE_REPLACED

Born in Pleven, Bulgaria, in 1943, Gueorgui Konstantinov graduated from the University of Sofia majoring in Bulgarian Philology in 1967. Since then, he has been employed as an Editor in the Literary Department of Bulgarian TV from 1967-71; as Chief Editor of Rodna Rech Literary Magazine in 1973; as Chief Editor of Plamak Literary Magazine in 1983, and as Director of the … END_OF_DOCUMENT_TOKEN_TO_BE_REPLACED

I first encountered actress Patricia Arquette in the early 2000s when, as a young teenager, I saw David Lynch’s Lost Highway (1997) for the first time. Growing up surrounded by photos of Marlene Dietrich, Greta Garbo, Mae West, and Bette Davis, I also discovered at that time a newer genre of female artists, musicians like Siouxsie Sioux, Kathleen Hanna, PJ Harvey, and Carrie … END_OF_DOCUMENT_TOKEN_TO_BE_REPLACED

Celia Galey recently caught up with Jason Stoneking in Paris, to talk with him about his current series of unique, handwritten, Bespoke Books. The interview is transcribed here. Celia: So first I wanted to go back in time, to when you started thinking about the Bespoke Project. When was that? What it is that you were looking for? A new form, a new practice, a new context for … END_OF_DOCUMENT_TOKEN_TO_BE_REPLACED

Risa Denenberg is a Pacific Northwest poet and publisher. We met during her launch of slight faith at Imprint Books in Port Townsend, Washington. She slipped a free copy into my hands, her asymmetrical haircut framing her sly smile. I immediately began to follow her work, discovering again and again the words of a woman unafraid to ask the hard questions. I am grateful for the … END_OF_DOCUMENT_TOKEN_TO_BE_REPLACED

Writing in more than one genre can free a writer’s creativity and open up ways of interacting with the world, but writing in multiple genres means making the mental switch from one form to another. San Francisco Poet Laureate Devorah Major has published two novels, five books of poetry, numerous essays, and a symphony with Guillermo Galindo--and offers advice for writers … END_OF_DOCUMENT_TOKEN_TO_BE_REPLACED

Dennis Maloney is an award-winning poet, translator, and founding editor of White Pine Press. His works of translation include The Poet and the Sea: Poems of Juan Ramon Jimenez, The House in the Sand by Pablo Neruda, The Landscape of Castile by Antonio Machado and Between the Floating Mist: Poems of Ryokan. His most recent volume of poetry is Empty Cup, translated into German … END_OF_DOCUMENT_TOKEN_TO_BE_REPLACED

Yongshin Cho is a media artist who has been working in Paris and Seoul. After receiving his BA in painting from Hongik University, Seoul, in 1985, Mr. Cho went on to earn his BA and Master of Fine Arts degree from Université Paris-VIII in 1991 and 1997 respectively. In 1995, Cho was invited as one of the seven media artists, together with Nam June Paik and Bill Viola, to the … END_OF_DOCUMENT_TOKEN_TO_BE_REPLACED

Bruno Sourdin is a French poet and collagist. He was born in 1950 in the Mont-Saint-Michel area. After studying journalism in Paris, he travelled in Morocco, Egypt, and India. He now lives in Normandy. His first collection of poems, Les Haillons d’Ecume, was published in 1977. His more recent titles include Hazel (2005), L’air de la route (2013), Vers les fjords de l’ouest … END_OF_DOCUMENT_TOKEN_TO_BE_REPLACED

This interview was conducted in September 2016 and first published, along with the poem "Secret of the Masters," the next month in the now-defunct Eris Magazine. The poem "Doggy Love" is published here for the first time. The last two poems are excerpted with the poet's permission from After The Fall: Poems Old and New (2007). Edward Field is one of America's greatest poets. … END_OF_DOCUMENT_TOKEN_TO_BE_REPLACED

We all live inside history, and Carolyn Cassady has seen her share. Ms. Cassady was gracious and open when she sat for an interview at her home in Monte Sereno, not far from Los Gatos. Carolyn Cassady, best known for her relationships with husband Neal Cassady and novelist Jack Kerouac, is an attractive woman with an easy laugh. The fifth child of a Nashville biochemistry … END_OF_DOCUMENT_TOKEN_TO_BE_REPLACED

Juan Arabia (b.1983 in Buenos Aires, Argentina) is a poet, translator and literary critic. He studied Social Sciences at the University of Buenos Aires and is now the director and publisher of the website, Buenos Aires Poetry. In the course of his work he has interviewed many poets including John Ashbery, Dan Fante and Robert Darnton; translated several works into Spanish and … END_OF_DOCUMENT_TOKEN_TO_BE_REPLACED

March 2015 will mark the occasion of the publication of the third volume of Jack Kerouac works published by Library of America. I took this occasion to catch up with editor, Todd Tietchen, assistant professor of English at University of Massachusetts Lowell. The book is a chronological publishing continuum of the first volume and contains the groundbreaking novel Visions of … END_OF_DOCUMENT_TOKEN_TO_BE_REPLACED

These interviews were conducted for Quorum Magazine, which is based in Croatia. This is their first appearance in English. Interview No. 1 Tomica Bajsic interviewed the poet Yannis Livadas for Quorum Magazine, n. 3/4, 2012. Q: During years you have traveled extensively, reading a lot, doing all sorts of jobs. Do you consider traveling and close-range experience a … END_OF_DOCUMENT_TOKEN_TO_BE_REPLACED

Burning Furiously Beautiful: The True Story of Jack Kerouac's On the Road is an accurate, up-to-date, meticulously researched account of how Jack Kerouac's 1957 novel, On the Road came to be written. Kerouac scholars Paul Maher Jr. (author of Kerouac: His Life and Work; editor Empty Phantoms: Interviews and Encounters with Jack Kerouac) and Stephanie Nikolopoulos bring to … END_OF_DOCUMENT_TOKEN_TO_BE_REPLACED

Chances are that if I said the names Sal Paradise, Dean Moriarty or Carlo Marx that you would already know a couple of things about them. You’d know that I was talking about the generation defining novel On the Road and also that I was talking about Neal Cassady, Allen Ginsberg and in this case, most importantly Jack Kerouac. On the Road is synonymous with the 1950s and the … END_OF_DOCUMENT_TOKEN_TO_BE_REPLACED

Alex Preston was born in Worthing, West Sussex in 1979. He is the author of two critically acclaimed novels, 2010's This Bleeding City, and The Revelations which was released in 2012. As well as his work as a novelist, Preston writes and reviews for a number of publications; The Guardian in England, and a magazine in Greece. The chance to interview one of your favourite … END_OF_DOCUMENT_TOKEN_TO_BE_REPLACED

Photos courtesy of Jeff McArthur (All Rights Reserved) Jeff McArthur is the author of Pro Bono: The 18-Year Defense of Caril Fugate. Mr. McArthur’s grandfather, John C. McArthur, defended Caril Fugate in her trial for her part in the Starkweather murders that occurred in 1959 and would do so for the next eighteen years in her attempts to apply for … END_OF_DOCUMENT_TOKEN_TO_BE_REPLACED

Jack, your new poetry collection, The Beauty of being Hated, has just been published. What can you tell us about it? It was hard to live and hard to write. It was written out of a series of negative situations and I was bent on documenting them. I was in a position where I was able to explore the concepts of love and hate and the close connection between these emotions. In … END_OF_DOCUMENT_TOKEN_TO_BE_REPLACED

Henri Cru was one of the friends that Jack Kerouac met at Horace Mann School, New York, in 1939. Their friendship sustained for many years, and Cru featured as a character in several of Kerouac's books. He was the model for "Remi Boncoeur" in On the Road and "Deni Bleu" in Visions of Cody, Lonesome Traveller, Desolation Angels, Vanity of Duluoz and Book of Dreams. After a … END_OF_DOCUMENT_TOKEN_TO_BE_REPLACED

Seymour Michael Wyse was one of Jack Kerouac's closest friends. An Englishman, educated at Charterhouse School, Wyse met Kerouac when they both attended Horace Mann School, New York, in 1939. They remained in close contact until Wyse returned to England in 1951. Seymour (under the pseudonym 'Lionel Smart') features as a character in many of Kerouac's books, including Maggie … END_OF_DOCUMENT_TOKEN_TO_BE_REPLACED

Ted Joans, one of the original Beat poets, was born in Cairo, Illinois on 4 July 1928. By his twenties, living in New York City, he moved in the surrealist world of painters, jazz players, and poets. If a scene was happening Joans had it covered. A partial list of his friends reads like a who's who of the important creators of the 20th century: Allen Ginsberg, Ella … END_OF_DOCUMENT_TOKEN_TO_BE_REPLACED

(First published in "Maskinfabrikken," Copenhagen) Kenneth Tindall (b. 1937) is a well-kept literary secret. He first appeared in 1967 with Vindharpen, a novel about Copenhagen in the sixties, and has in all written five novels (of which three are unpublished). They are books which draw their material from a long life's incredible journey: from Los Angeles in the nineteen … END_OF_DOCUMENT_TOKEN_TO_BE_REPLACED

A friend of mine is so artistically fascinating and creative that labeling him "eclectic" or "multi-faceted" understates his cultural contributions. Full of life, he incessantly looks for beauty in all that surrounds him. The following is his story, plus an interview I conducted with him prior to his June 4, 2003 appearance in Chicago. We sat down to discuss his life and his … END_OF_DOCUMENT_TOKEN_TO_BE_REPLACED