Craig Enck is a researcher in religion, science, and esoteric knowledge.

Ticket to Ride: Inside the Beatles 1964 Tour That Changed the World by Larry Kane Backbeat Books / October 28, 2014 / 978-1480393042 / 272 pages In conjunction with the 50th anniversary of the Beatles' 1964 tour of America, Backbeat Books has republished Larry Kane's insider's view, Ticket to Ride. Just 21 years old, Larry was the only American reporter to accompany the … END_OF_DOCUMENT_TOKEN_TO_BE_REPLACED 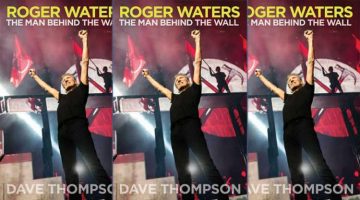 Bill Harry's chronicle of the Beatles road to their first single release may not get any awards for journalistic style, but it is still a fascinating rundown of the lucky breaks, perseverence, and machinations it can take to get even a talented band signed. Harry's e-book is great for the little insider details of how Beatle manager Brian Epstein had to work through others to … END_OF_DOCUMENT_TOKEN_TO_BE_REPLACED

Ringo Starr has been on a roll the past several years with the well-reviewed 2010 release Y Not, a successful tour, and now a lively new album titled Ringo 2012. This marks Ringo's 17th solo outing as well as his first self-produced effort, and is an infectious pop-rock project with a good feel and damnably catchy tunes. Ringo 2012 kicks off with a nod to old-school … END_OF_DOCUMENT_TOKEN_TO_BE_REPLACED