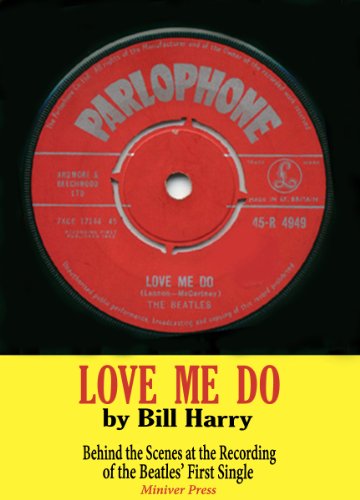 Bill Harry’s chronicle of the Beatles road to their first single release may not get any awards for journalistic style, but it is still a fascinating rundown of the lucky breaks, perseverence, and machinations it can take to get even a talented band signed. Harry’s e-book is great for the little insider details of how Beatle manager Brian Epstein had to work through others to get to producer George Martin and even had to threaten to pull EMI product off of his record store shelves to get a signed contract.

Most illuminating is the segment that details how common it was to replace a drummer in the studio. Many producers did it to save money, as an experienced studio drummer could get the track down more quickly. In light of this practice Pete Best’s ouster from the Beatles comes off as more of a personality issue than as a replacement by a supposedly superior drummer.

Fans who want the low-down on just how the sessions that produced “Love Me Do” went down will enjoy the fine details of who played what, whose speaker was buzzing, whose amp had to be taped together, and how George Martin may not have wound up as The Beatles producer save for his being interrupted by an enthusiastic sound engineer.

Love Me Do: Behind the Scenes at the Recording of the Beatles’ First Single, by Bill Harry. Published by Miniver Press, 2012. Available at Amazon.
Share on TwitterShare on Facebook

Craig Enck is a researcher in religion, science, and esoteric knowledge.