Things are looking good for Ringo Starr at the moment. In the last 18 months he’s released the album Postcards From Paradise, been inducted into the Rock and Roll Hall of Fame as a solo artist, completed a 21-date American tour, is about to begin another in Asia. 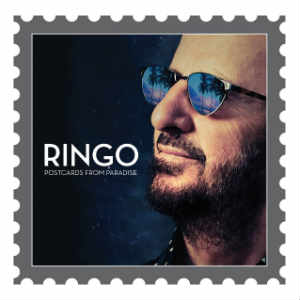 Despite his accomplishments over the decades, Ringo’s drumming has been the subject of much controversy. To some, he was one of the best drummers ever and has earned his legendary status while others believe he was a mediocre talent and somehow just lucked into his place in musical history. There were even objections to his being inducted into the Rock and Roll Hall of Fame as a solo artist (he was inducted as a member of the Beatles in 1988. The other three Beatles have already been inducted as solo artists).

So, was Ringo just the most fortunate musician who ever lived or does he truly deserve his place among the greats?

Before going any further, maybe a little background is required. The Beatles’ first recording session for EMI’s Parlophone label took place at EMI Studios in London (later renamed Abbey Road Studios) on June 6, 1962. Their drummer at that time was Pete Best, who had been with the band for over two years. George Martin – who was to become the Beatles producer – oversaw the session and was not impressed with Best’s time-keeping. Two months later, in August, John, Paul, and George asked manager Brian Epstein to fire Pete Best.

Even at this early stage of their careers, the Beatles were incredibly ambitious and hungry for success. They made no secret of their desire to be the biggest band in the world – “The Toppermost of the Poppermost”, as John Lennon put it – and knew that they needed the best drummer available to achieve that. Ringo was at the top of their list. In fact, he was the only name on the list. The Beatles didn’t just want a drummer – they wanted Ringo!

What many people don’t realize is that Ringo was already well established before joining the Beatles. He was a professional musician playing with Rory Storm and the Hurricanes, one of Liverpool’s top bands, and was regarded by fellow musicians as among the best drummers in not only Liverpool, but Hamburg as well (where the Beatles, Rory Storm and the Hurricanes, and many other British bands cut their teeth). George Harrison said of Starr’s debut gig with the Beatles, on August 18, 1962: “From that moment on, it gelled – the Beatles just went on to a different level.”

Some of the negative comments on Starr’s drumming may date back to the recording of the Beatles first single, “Love Me Do,” on September 4, 1962. Producer George Martin wasn’t completely satisfied with the under-rehearsed Starr’s playing that day (Ringo had only joined the band a few weeks earlier), so the Beatles were called back into the studio a week later to record the song again, this time with top session drummer Andy White. It was hoped that White would produce a more polished performance, but this appears not to have been the case, When when “Love Me Do” was released in the U.K., on October 5, 1962, it was the recording with 22-year-old Ringo on drums that was used, rather than the one with top session player Andy White. White’s version appeared on later pressings of “Love Me Do”, and on the Beatles’ first album, Please, Please Me. Over the years, both versions have been used on numerous compilations and most people can’t tell them apart.

(For the record, Ringo played tambourine on the Andy White takes. So if you hear “Love Me Do” and it has a tambourine on it, it’s White on drums).

Two months later, the band returned to EMI studios to record the title track of their first album, Please Please Me. This time, Ringo was firmly entrenched on the drum stool. His explosive live studio performance helped give the Beatles their first number one single.

Throughout the Beatles’ career, Ringo was a master at finding the right groove for a particular song. “In My Life” is a prime example; his playing is so sparse, but it flows beautifully, accenting just where it’s needed. The intro to “Come Together” is another great exercise in subtlety, the way he moves between the hi-hats and the toms compliments the opening riff perfectly. And, is it even possible to imagine “Get Back” without the drums that carry the whole song?

His finest three minutes, however, may be on “Tomorrow Never Knows.” There’s so much going on in the track, with tape loops and sitar along with traditional instruments, that all it needs is a simple rhythm. Ringo creates a one-measure repeated drum pattern to drive the song and never deviates from it. His drumming, along with Lennon’s haunting voice, are what give the track its hypnotic quality. Other drummers would have been all over the kit, lessening the song’s impact.

Ringo was left-handed, but set up his drums for a right-handed player. However, he still led with his left hand when moving round the toms. This gives his fills a unique sound. In “Rain,” “She Said She Said” and especially “A Day In The Life”, the fills are a masterclass in punctuation.

Ringo understood that his job was to enhance the melody, not detract from it. George Martin said of Ringo: “Technically he is not a good drummer. Musically he is a great drummer.” Many drummers swear that you could take all the other instruments out of a track and, just by listening to Ringo’s drums, you could tell what song it is.

One of Ringo’s finest qualities was his ability to play in just about any style that was thrown at him. Did any band ever shift between genres as much as the Beatles? From rock ‘n’ roll, through psychedelia to avant-garde and everything in between, including bossa nova (“No Reply”); country (“What Goes On”); soul (“Got To Get You Into My Life”); reggae (“Ob-La-Di Ob-La-Da”); hard rock (“Helter Skelter”) and blues (“One After 909”) to name just a few. On all of them, Starr’s playing never falters.

He also seemed comfortable playing any time signature. The 7/4, 8/4/ 6/4 measures of “All You Need Is Love,” or the 3/4, 5/4, 6/4 of “Happiness Is A Warm Gun” and even the 11/8, 7/8 of “Here Comes The Sun” are woven together in such a subtle way that you hardly notice the changes in meter. Sure, other drummers played in these time signatures, but not in commercial bands. This wasn’t Frank Zappa or the Grateful Dead that Ringo was playing with. This was a pop band, playing chart-topping songs that fans had to be able to tap their feet and dance to. Someone once said that the mark of an expert is someone who makes a very difficult thing look easy; for a great example of that look no further than Ringo.

Even when he temporarily quit the band during the recording sessions for The White Album, the Beatles refused to replace him. The other three members filled in on drums as best they could until Ringo returned. The fact that McCartney, Harrison, and Lennon all called on Ringo to play on their solo albums after the Beatles split, when they could probably have picked any other drummer in the world, proves how highly they thought of him.

But didn’t John Lennon himself criticize Ringo’s drumming? When asked was Ringo the best drummer in the world, he famously replied “Ringo isn’t even the best drummer in the Beatles!” Well, actually, no he didn’t. Beatles biographer Mark Lewisohn, one of the world’s leading authorities on the band, recently proved that Lennon never said that at all. The remark was actually made by Liverpool comedian Jasper Carrot. Another internet myth bites the dust.

As for those objecting to Ringo’s induction into the Rock and Roll Hall of Fame as a solo artist, any musician would be proud of his resume after the Beatles. Since the official break-up of the Fab Four on April 10, 1970, the number of legends who have called on him to play on their albums is impressive by any standards. Apart from all three of his old Beatle band mates, he has also recorded with Bob Dylan, Tom Petty, Stephen Stills, Harry Nilsson, B.B. King, Howlin’ Wolf, Leon Russell, Peter Frampton, Ravi Shankar, Carly Simon, Joe Walsh and a host of others. Even Keith Moon had Ringo play on his solo album, Two Sides of The Moon. Ringo has also had two U.S. number ones plus another six top ten songs on the Billboard Hot 100. His second induction into the Rock and Roll Hall of Fame was long overdue.

Maybe 2016 will be the year when the fallacies about his inadequacies behind the drum kit are finally laid to rest. To put it simply, it’s highly unlikely that the Beatles would ever have achieved all that they did if 25% of their group wasn’t up to the mark. In the same way, it’s unlikely that any sports team would ever win a major tournament if 25% of their players were below par.

Ringo should rightly be hailed as one of the fathers of modern rock drumming. Before Ringo, most rock ‘n’ roll drummers were really jazz players. Ringo was one of the first to move away from that and forge a new style. He brought the “matched grip” into the mainstream, popularized a more simplified backbeat, and was probably the first non-American drummer to become famous.

Even today his influence is still heard everywhere. Who did Ringo sound like? No one. Who sounded like Ringo afterwards? Nearly everyone. He’s earned his place among the greats.

David Campbell Jr was born in Glasgow, Scotland and now resides in Atlanta. A drummer for ten years, he played with many established acts. Now a professional songwriter, his songs are featured on albums that spent 21 weeks at #1 on the official charts of Switzerland.