Timglaset has just published a large format artist’s book containing nine of Nico Vassilakis’ letter wheels. It’s limited to only 60 copies and is available now from Timglaset for €10.00.

From the afterword by Nico Vassilakis: 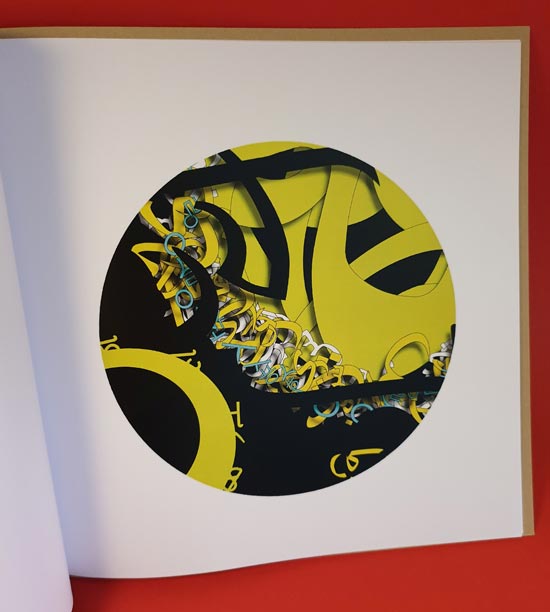 This book is handbound and has a rubber stamped cover. It ships in a sturdy cardboard box, the same kind as used for 12″ vinyl records. 60 copies were made.

You can get one here.

Have something to contribute? Leave a comment below or drop us a line.